I have been travelling by Trans-Siberian Railway for the last ten years. I have discovered Moscow, Saint-Petersburg, Beijing, Vladivostok, Novosibirsk, Irkutsk, Chita, Lipetsk, Khabarovsk, Baikal and Altai, Yaroslavl, Kazan and Ekaterinburg. I became disillusioned with some of the places, although I return to Moscow, Saint-Petersburg and Altai with great pleasure. For the ten years I have learn a lot of interesting things about Russia. My Russian friends have shared some life hacks for a comfortable and inexpensive journey by Trans-Siberian Railway. Now I would like to present these pieces of advice to you.

1) You shouldn’t hesitate to apply to the first-aid station or call an ambulance. In Russia emergency is provided at no cost to any person, who resides on the territory of the Russian Federation. You don’t need any documents for the urgent resort. However, you’d better come there with a Russian-speaking person. You can count on free X-ray, plaster cast application, anesthetization, breaking the fever, etc. But the further medical treatment will be chargeable.
Unfortunately, there are usually long queues at the first-aid stations, and the ambulance car may be delayed, that’s why in some cases it’s better to apply to a private health care facility. In Russian cities there are lots of inexpensive pay-hospitals. A reception of the primary care doctor on the average amounts to 1000-2000 rubles (the cost in Moscow hospitals is higher, of course).

2) In Russian chemist’s shops most types of medicine are sold without a medical prescription. So, if you know the name of the medicine, you need, just go to the chemist’s.

5) In a ticket just one mistake in the name or the passport number is allowed. In other words, if one letter in your name or one number of your passport was confused, don’t worry. The train host will let you into the carriage. Proof link

6) If you fall ill just before the trip, the ticket can be extended. You need to bring the medical certificate for that.

7) 24 hours before the train departure you can change the ticket for an earlier train, making for the same direction (if there are available seats, of course). In this regard, you need to contact the railway ticket office and get a special mark on your ticket. Proof link

8) You have the right to go out of a train at any station and stay there up to 10 days. For this purpose, you have to get a special mark on the ticket at the railway ticket office during three hours after the stop. To continue the trip you may have to pay some more money, according to the rate of the transportation carrier.
This option for a passenger is registered in the regulations of Russian Railways. Although, travelers don’t often use it. So, even cashiers do not always know about this possibility. Show this Proof link to the clerk, that will be enough.

9) Russia is enormous. The trip from Vladivostok to Moscow by train takes more than 6 days without stops. Surprisingly, the most interesting things wait for you not in the train, but at the stations.
Don’t aim at travelling along the whole trunk. You won’t have enough time to see everything you have planned. Choose the most interesting places. That’s why I recommend to skip Vladivostok, Khabarovsk, Chita, Ulan-Ude and pay attention to Moscow, Altai, Saint-Petersburg and Baikal. I will introduce the optimal route below.

10) If you plan to travel on your own, I advise you to learn the transcription of the Russian alphabet. In Russia there are little translated names, and the Cyrillic alphabet doesn’t look like English, so it is hard to follow directions.

11) Transport in Baikal.
It’s no use to stay in a long queue in the bus station at the ticket desk, trying to get tickets to Listvyanka on-site, there won’t be any tickets for that day. Cross the road from the bus station, there are private shuttle buses to Listvyanka.
You can get a single ticket for the shuttle bus and a ferry to Olhon island. This ticket costs 680 rubles + 140 rubles for the luggage.

12) Places of interest in Altai.
There are lots of amazing sights in Altai. However, all of them are situated further Chike-Taman mountain crossing (100 km form Chemal), closer to Mongolia’s border.
The sights of Altai can be visited only travelling by car. There’s no possibility to rent a car in Altai region. The closest car rental station is in Novosibirsk. Please, bear in mind, that the main road of Altai, Chuya highway, is very good, but if you pull off the main road, there is track road, where you may damage the car. Furthermore, in that area you have to use only four-wheel drive vehicle.
For this reason, it is more convenient and cheaper to purchase a tour.

13) In some cities (except Moscow and Saint-Petersburg) travelling by taxi is rather cheap. Here are some popular mobile applications in many cities of Russia.

In Irkutsk there are some nice churches, quite a good waterfront. As for the rest, there’s typical soviet period architecture. Therefore, don’t waste your time in this city, you’d better proceed to Baikal. If you still stay in Irkutsk, I recommend you to see the following sights. 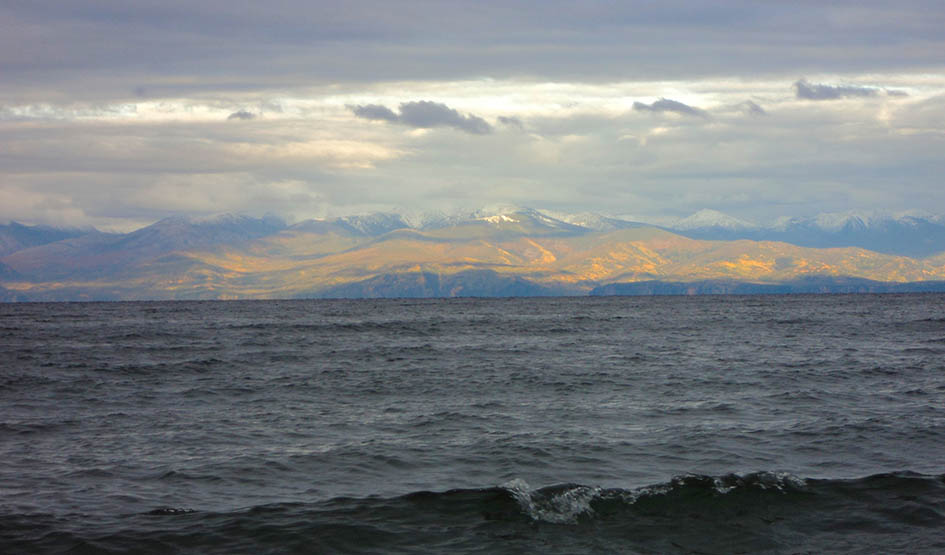 Baikal is a fascinating place. It is one of the artefacts of Russia. It is mainly known as the biggest lake in the world. Baikal strikes with the purity and amazing color of the water-from dark blue to turquoise. In the south part of the lake fells prevail. In its north part there are mountains. Less number of tourists reach the north side (the area is far from Trans-Siberian Railway). Consequently, there are three main directions for your tour to Baikal:

Furthermore, you will ride past amazing views of margin of Baikal, going by Trans-Siberian railway from Slyudyanka to Ulan-Ude. Trains even used to have a stop there, and people used to swim in the lake back in the day! Near Slyudyanka the train goes through tunnels and along the steep slope down a mountain (and up the mountain on the way back).

Novosibirsk is the third biggest city of Russia. It appeared solely due to Trans-Siberian Railway. There are several places, that worth visiting.

Altai region is located on a plain and a foothill. All the mountains are located in the Republic of Altai. These are two different territorial entities.
The most visited part of Altai is the neighborhood of Chemal village and Artybash village. 90% of all tourists go there. All these people look for relax tour.
The most interesting sights are situated further Chike-Taman Passover (100 kilometers from Chemal).
The most number of tours start from Biysk city. Biysk is the last station on the railroad branch.
Before planning the trip to Altai, you should check your travel itinerary. In Altai there are places, that belong to border areas. In order to visit such area you need to have a special license. This kind of license is usually processed during about 2 months.

In summer 1918 in Ekaterinburg the Royal family was assassinated. The whole world associate this city with the murder. Nowadays there is a Temple-on-Blood on that place. Here you think unvoluntarily about those terrible events and about what happened during the revolution of 1917 in general. You reflect on the “upheavals” that took place. You imagine how many destinies were ruined and people were killed in consequence of the bloody revolution.
Besides, in Ekaterinburg you can visit

This is the city of 1000 years’ history. There are quite a few historical artefacts. In 2013 in Kazan a universiade was organized. So, many new buildings, hotels and stadiums have grown there.
Kazan town fortress is the heart of the city. It’s the place of synthesis of Tatarian and Slavonic architectural styles. It features in UNESCO World Heritage list. There is a great number of objects on the territory of the town fortress: a leaning tower Syuyumbike and a big mosque Kul Sharif – one of the most beautiful mosques of Europe (it is amazing not only from the outside, but also inside).
Walking on the territory of the fortress worth it. Come to the church and visit the square next to it, go up to the skydeck.
Practically all the attractive sights are located not far from the fortress, except the Temple of all religions and Zilantov convent (you’d better go there with a museum guide or audio-guide). Walking around the city is the best way to see the sights: 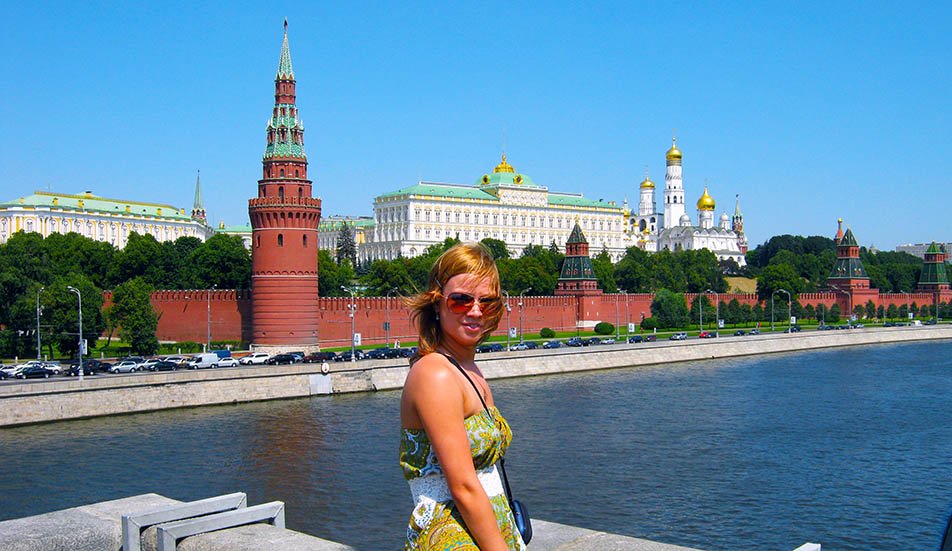 Moscow is the “center” of Russia. It has absorbed and gathered all the treasures and millenary history of the country. There are so many sights in Russia: churches, the Kremlin, old buildings of different times, modern buildings in a hi-tech style. There are plenty of such places of interest there. There are a lot of places, worth visiting. The itinerary depends on your preferences, the time and money you possess. In light of this, I will not offer any routes. However, here’s a piece of advice: if you are in Moscow for the first time and you don’t have much time, you should go to the city center. You can see the sights, included into UNESCO World Heritage List:

More Trans-Siberian tips you can find on the explorussia.com web-site