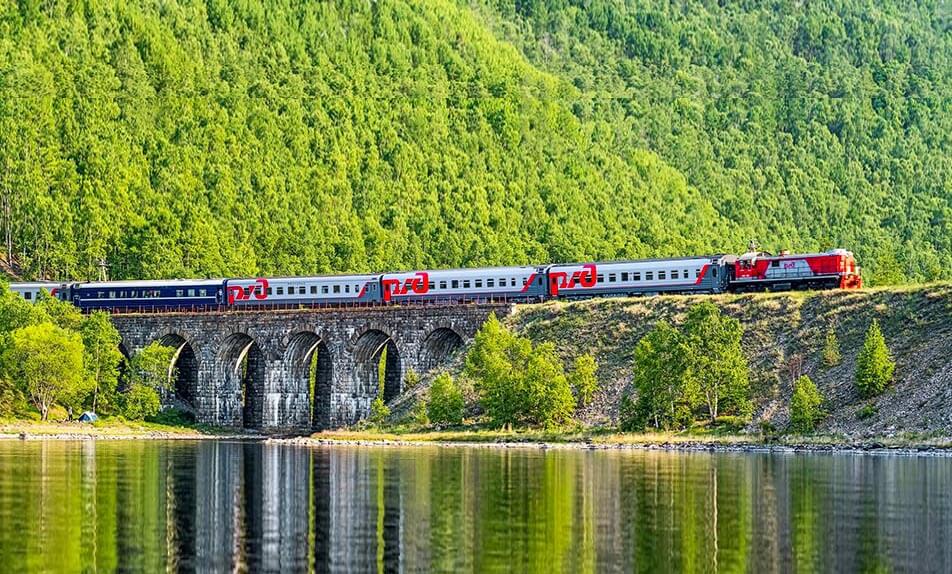 The Trans-Siberian railway is 9288 kilometers of railroad, 146 railway stations, and 146 hours and 22 minutes ride on a train, but for you it would become the greatest journey of a lifetime that will be filled with your own numbers and emotions. 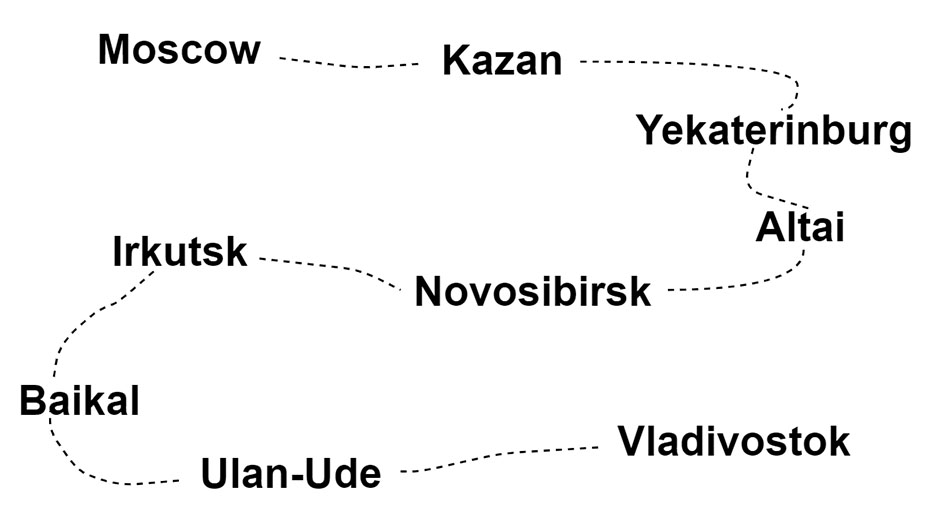 During this travel you’ll be able to:

A guide will meet you in the airport and give you a ride to the hotel, where you’ll have some rest before starting your Trans-Siberian tour! 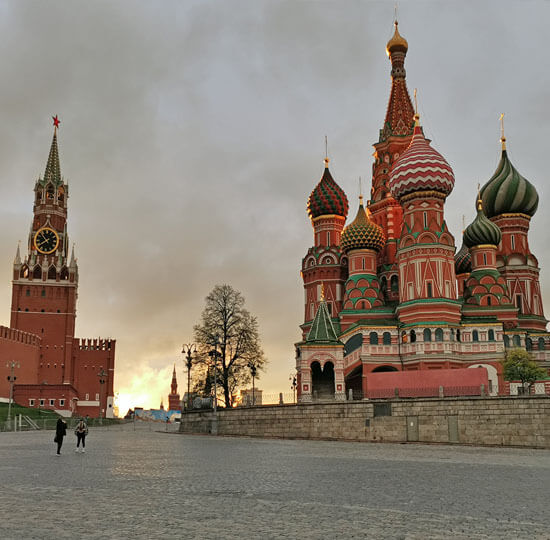 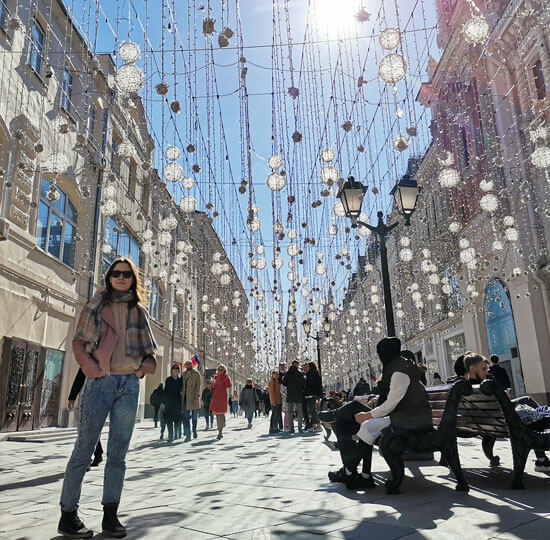 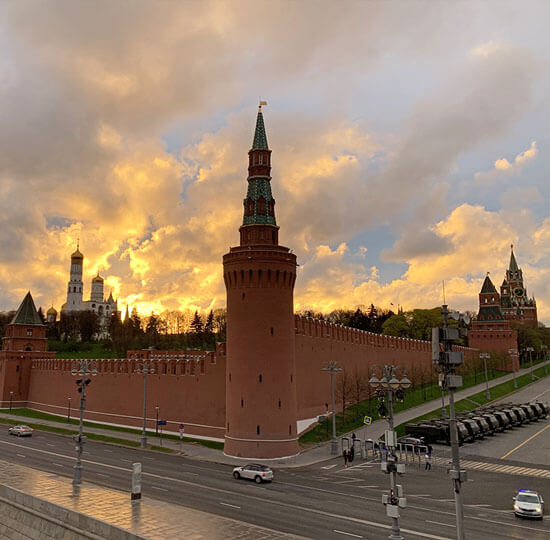 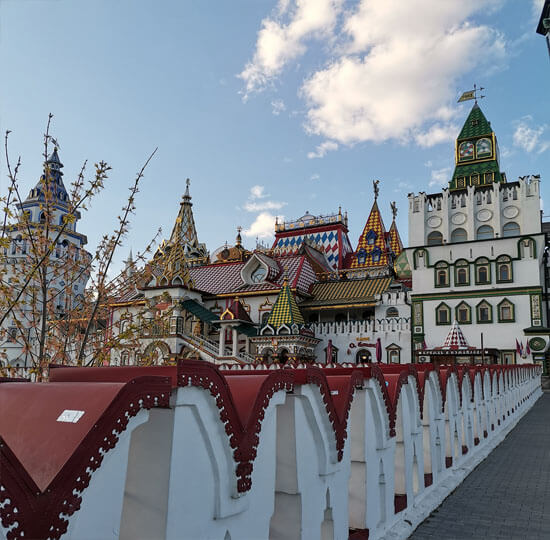 The Moscow Kremlin is the main symbol of Russia. This is where you will start exploring the largest country in the world. Russian tsars used to live here, now it’s a president’s residence.
Throughout all of the russian history, the most beautiful buildings were constructed around the Kremlin. After you get to know some of them, we will show you a local restaurant where you can enjoy traditional Russian cuisine.
After lunch we’ll continue our walking tour around the city center and you’ll see the Red Square, Lenin’s mausoleum, St. Basil’s Cathedral (from the outside), the GUM department store and the State Historical Museum. Also, we’ll guide you through the alleyways and little yards that are filled with real city life. 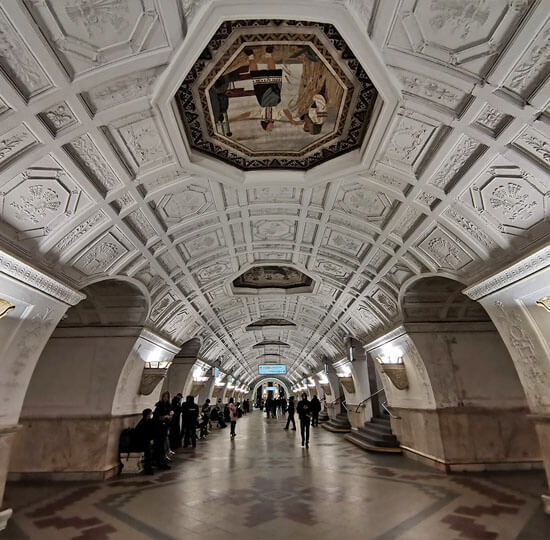 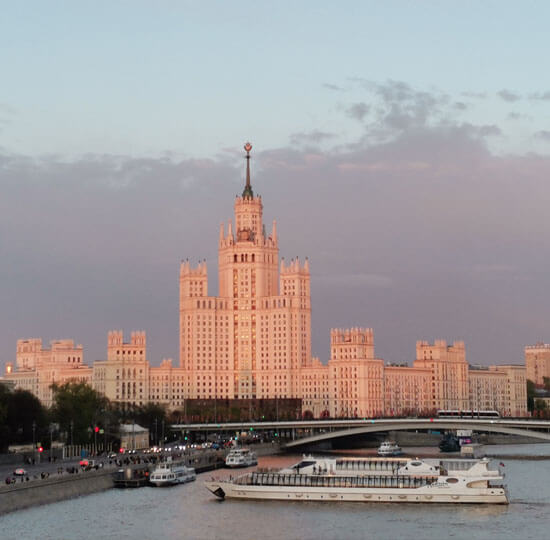 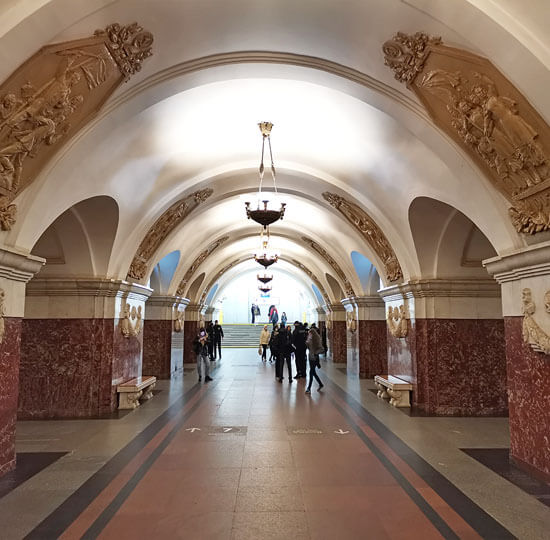 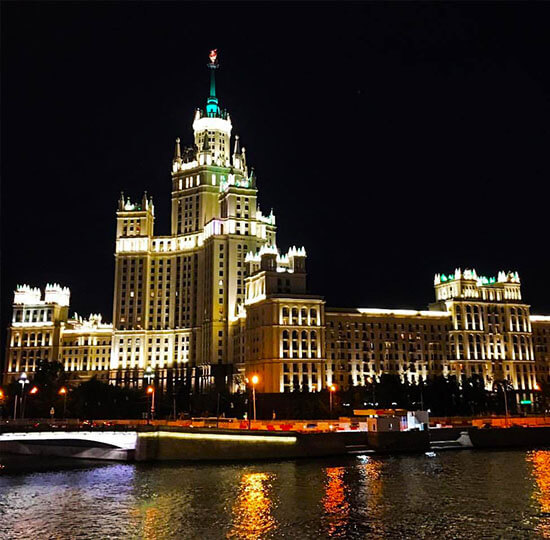 The main art gallery of Moscow is the Tretyakov Art Gallery. The most famous Russian paintings and masterpieces are exhibited here. The guide will meet you at the hotel to give you a tour.
The next attraction points of the day are amazing Moscow subway stations (photos of these stations are known all over the world). A few times we will go outside from the underground to see the Stalin’s era skyscrapers.
In the evening you’ll enjoy dinner with a native family (local products, the traditional meal, and friendly chat).
After dinner we will drive you to the railway station where you’ll take a night train to Kazan.

One of the greatest things in the Trans-Siberian journey is the opportunity to see the different cultures, religions, arts coexisting peacefully within the borders of one country.
Yesterday you were in the native Slavic Moscow, with its Orthodox churches. Today you’ll get acquainted with Tatar Russia: the architecture of its Muslim mosques, Tatar traditions that differ from Moscow’s.
Our guide will meet you on the railway station and help you with a check-in. Your Kazan city tour starts here. First, you’ll have a walk along the pedestrian Baumana Street, paved with multicolored bricks.
Then you’ll visit the Kazan Kremlin area (Don’t be puzzled. Yes, Kazan has its own Kremlin. And a very interesting one, too). In 2000, it was assigned as a World Heritage site by UNESCO.
The Kremlin is surrounded by fascinating buildings: Suyumbike Tower, Kul-Sharif Mosque, Annunciation Orthodox Cathedral.
Our guide will tell you their history and help you to understand the special historical path of Tatarstan. 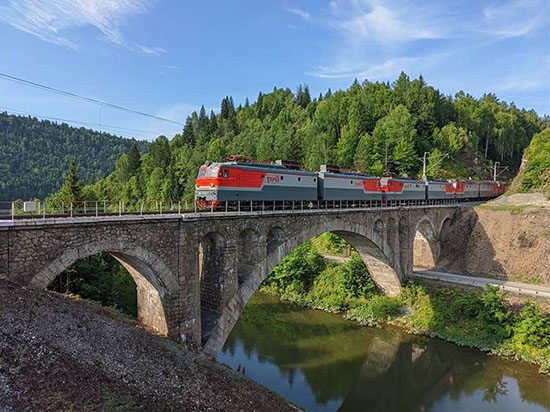 Photographer Ruslan Galeev One of the most known Russian Tsars, Ivan the Terrible, built the Sviyazhsk fortress on the small island near the confluence of Sviyaga and Volga rivers. The construction had only taken four weeks. The Tsar used it to launch the attack and successfully conquer Kazan.
Now the Sviyazhsk is a historical place that keeps a memory of the annexation of the Tatarstan to Russia. There are a few white-stone monasteries on the island.
Sviyazhsk is absolutely in the must-see list of any Trans-Siberian journey.

In the evening we will drive you to the railway station where you’ll have a train to the next Trans-Siberian station: Yekaterinburg. 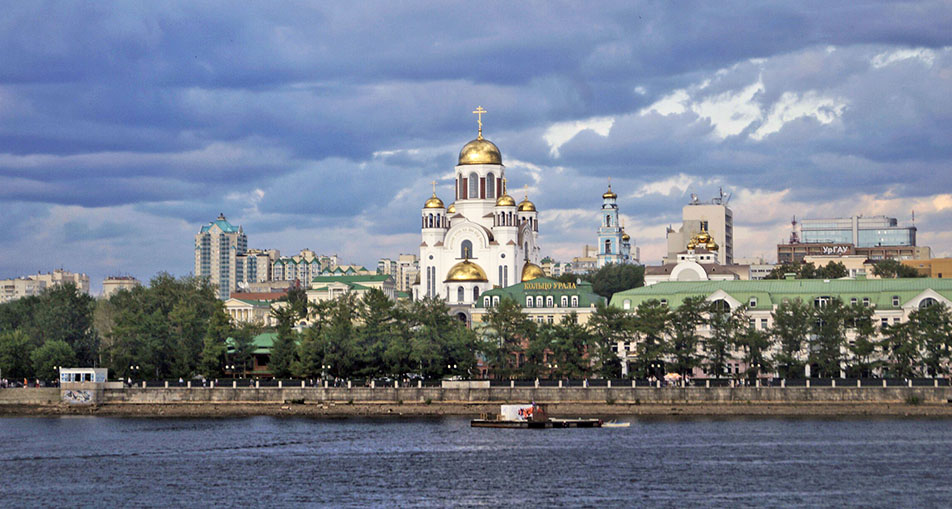 Today is a special day. You’ll cross the invisible border that separates Europe from Asia. This border is located in Yekaterinburg city - the fourth-largest in Russia.

Our city tour starts with visiting the Church on the Blood. There are seven wooden churches that were built there in memory of the assassination of Tsar Nicholas' family. Our guide will tell you the story of the last Russian tsar.

After you’ll visit the most fascinating places of the city:

In the evening you will take a Trans-Siberian train to the Novosibirsk city. 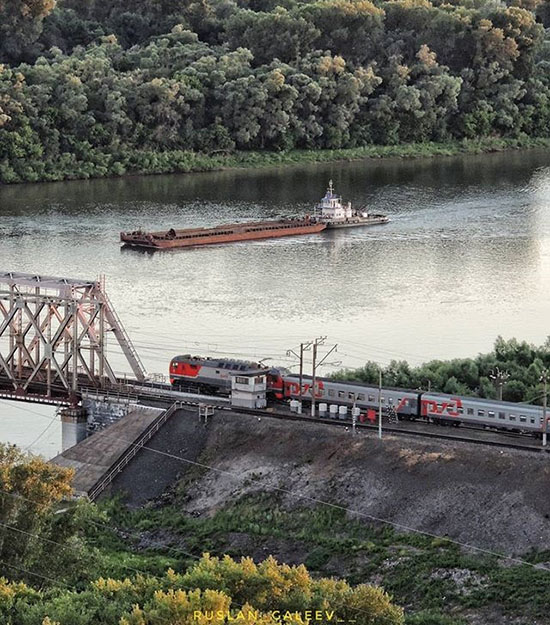 Photographer Ruslan Galeev Today you will ride from the Ural part of Russia to the Western Siberia and pass many small cities. The biggest and most known of them are Tyumen and Omsk.
In the evening you’ll arrive in Novosibirsk city. Here our guide will drive you to the hotel, and recommend you some nice places to enjoy local food for dinner. 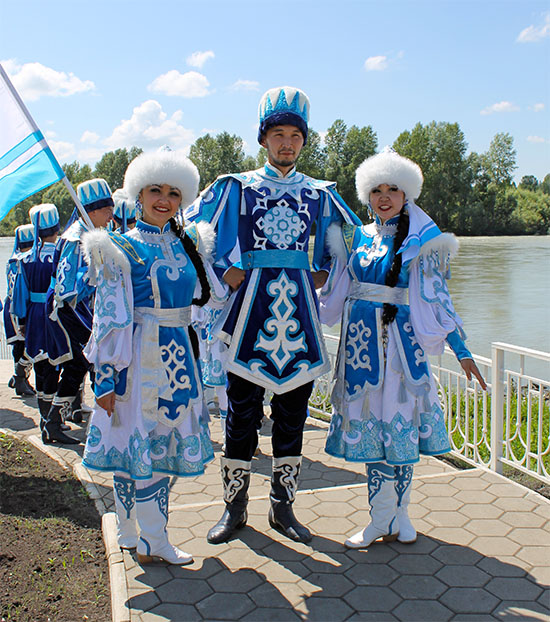 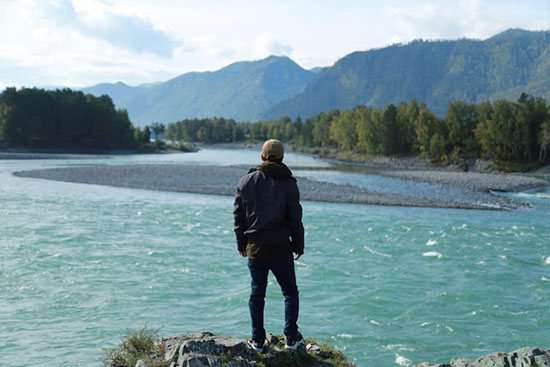 Today you’ll get acquainted with the Chuyskiy Trakt, or Chuya Highway. Chuya Highway is one of the most scenic roads in the world. Landmarks along the road are stunning. And in the next three days you’ll be able to explore it in all its glory. We will have a drive almost to the Mongolian border (from low mountains to mountains covered with glaciers).
After the early breakfast we’ll cover 230 kilometers in a day.

Tonight you'll stay in a small hotel on the Katun river bank, at the very bottom of a mountain, where it is calm and quiet. 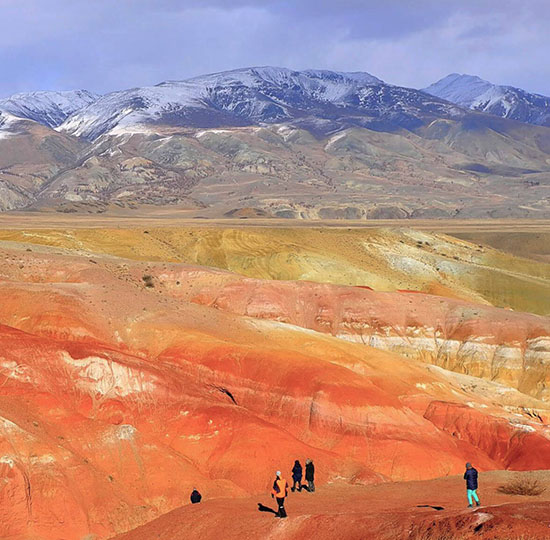 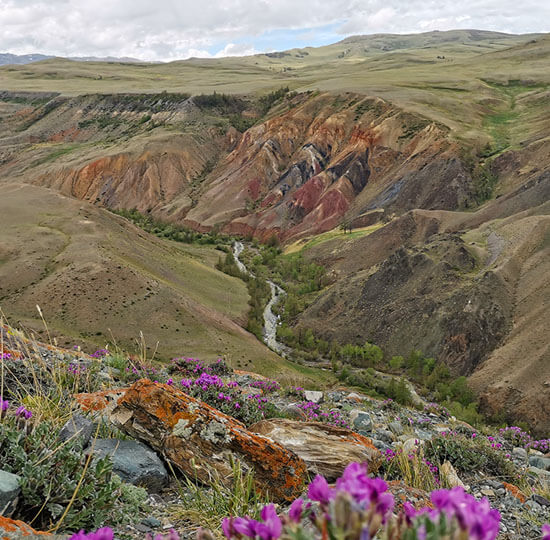 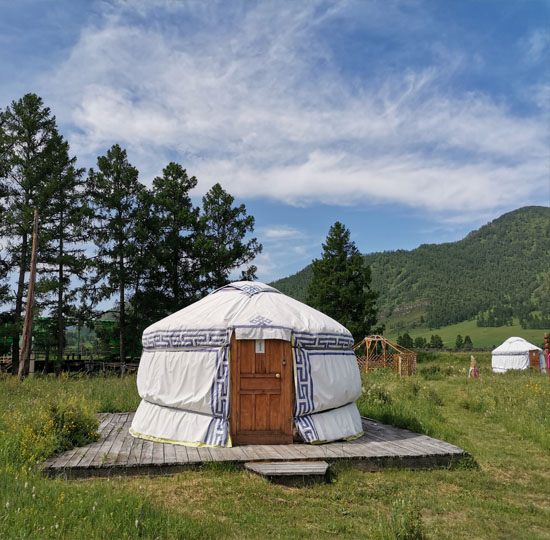 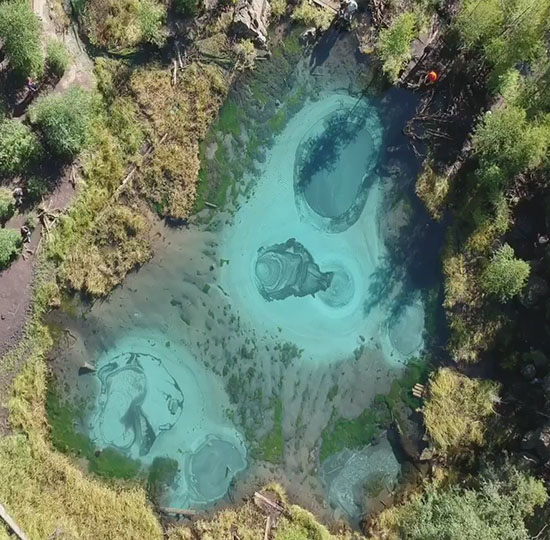 After an early breakfast at the hotel, you'll have a radial road trip. Today you’ll see 3 amazing landmarks: 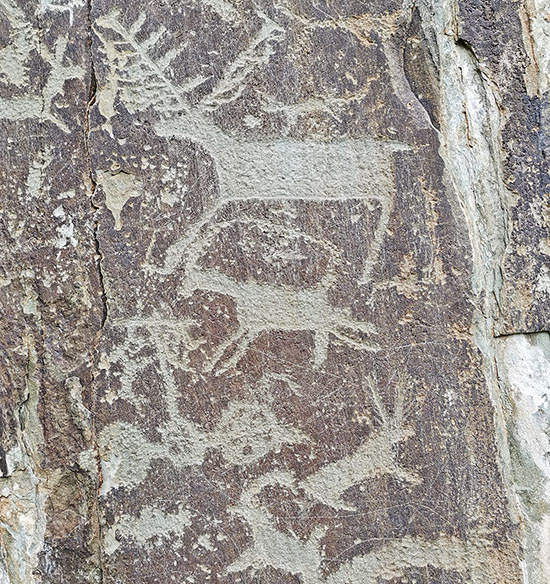 The Chuya highway has many dirt roads adjacent to it that could lead you to amazing places. These places are only known to local inhabitants. There are quite a few discoveries waiting for us. Today we are going to show you a couple of them:

In the evening you’ll stay in a hotel near the Ust-Sema village. 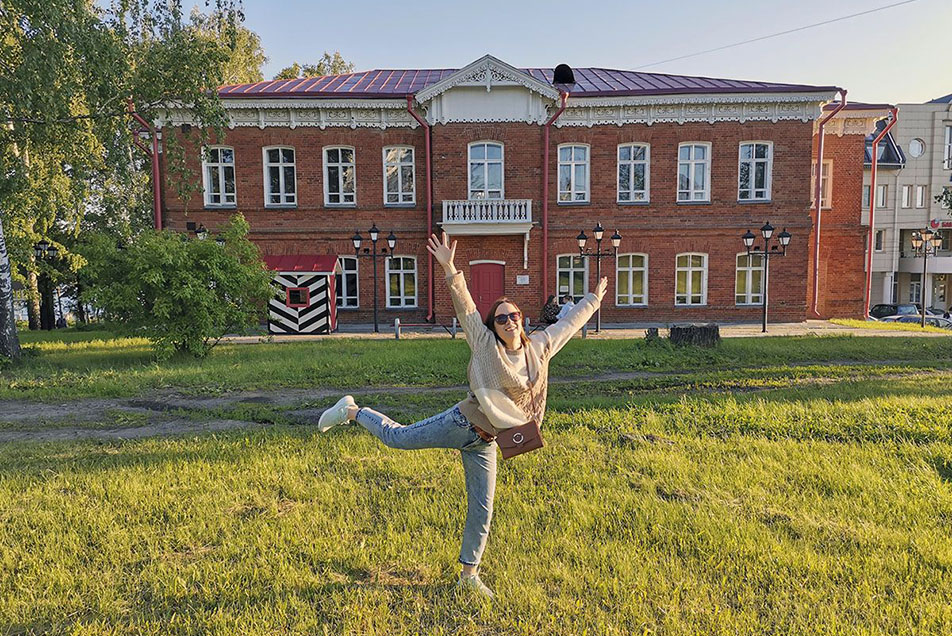 After breakfast we will drive you to the Gorno-Altaysk airport, where you’ll have a flight back to Novosibirsk.
Novosibirsk is called “The Capital of Siberia”, the cultural and scientific center of Siberia. The city was developed after the construction of the Trans-Siberian railway and has grown to be the third-largest city in Russia.

To get you acquainted with the city, we will guide you through its main tourist attractions:

In the evening you’ll get on a Trans-Siberian train to the next railway station. 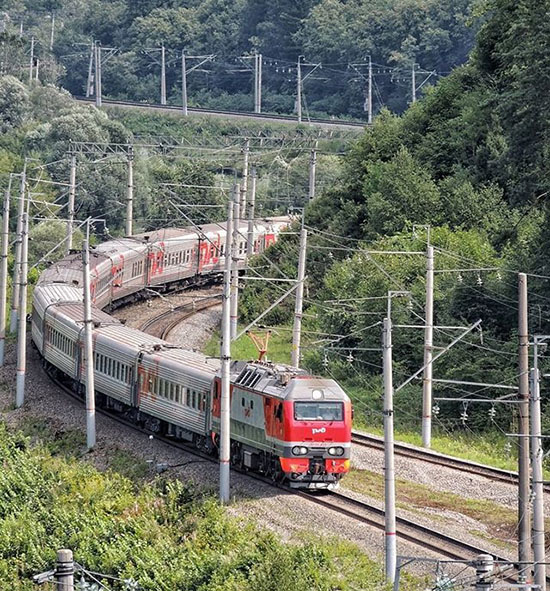 Photographer Ruslan Galeev The next stop of the itinerary is Irkutsk city. But a train will arrive there only tomorrow morning. So today you enjoy a whole day of Trans-siberian railway ride. 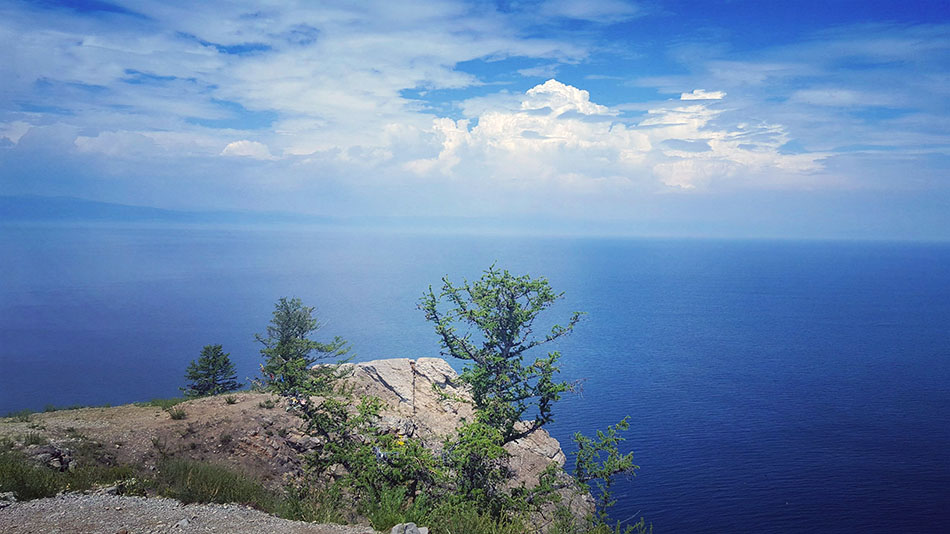 Early in the morning you will arrive in Irkutsk city. Our guide will meet you at the station.
Today you’ll get to the village of Taltsy, where you’ll visit the open air museum of wooden architecture. Here you’ll see a unique collection of historical, architectural and ethnographic Siberian monuments of the last six centuries. Next we’ll drive you to Listvyanka, where the Baikal Museum is located. Here you’ll learn everything about lake Baikal: the origin of the lake Baikal, its plants and animals, underwater exhibition, etc. On the funicular chair, you'll be lifted to the "Chersky stone" mountain, where you'll enjoy a beautiful view of Baikal.

Early morning we will drive you to thepoint, where starting a whole day CircumBaikal Railroad tour. Arrival in Listvyanka hotel at around 8. In the evening we return to Irkutsk, where you’ll have a train to the Ulan-Ude city. 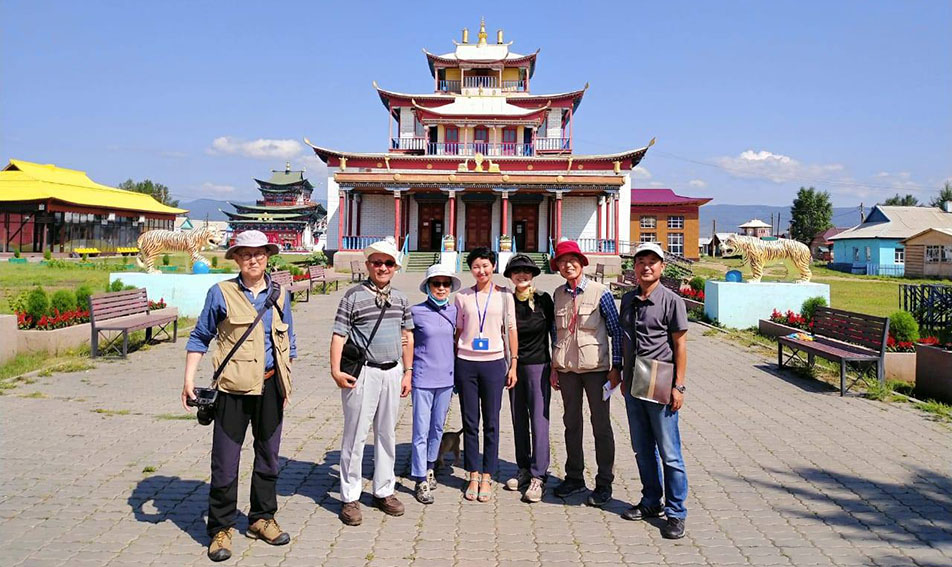 Early in the morning we will meet you and drive to the hotel, where you’ll have some time to rest. Then your tour in the Ulan-Ude surrounding area starts.
This area is populated by Buryats - another nationality in multi-ethnic Russia.
The most interesting objects of Buryat culture and religion are located in the countryside.
Today we will guide you to the Ivolginsky Datsan and the village of Tarbagatay. The patron of the Datsan is Lama Dashi-Dorzho Itigilov.
In 1927, Lama Itigelov fell into deep meditation and reached nirvana. He sat in the Lotus position and abandoned his body, telling his disciples to bury him, but to take him out of the grave 70 years later. The disciples followed his instructions and now, so many years after the "death", Lama Itigelov’s mummified body still sits in the Lotus pose in the main Dugan (temple) of the Ivolginsky datsan.
It still shows the signs of a living body: soft skin without signs of decay, preserved nose, ears, closed eyes (his eyeballs are intact), fingers and elbow joints are still flexible.
In the evening you’ll have some free time. 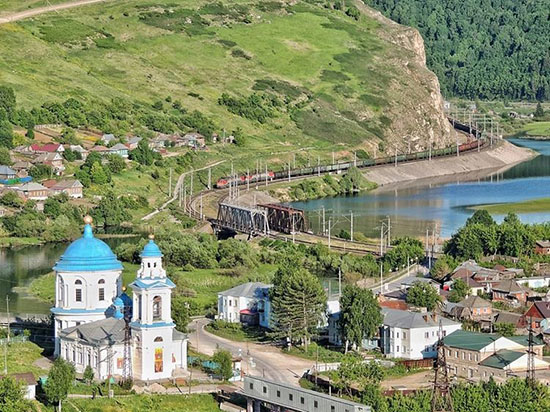 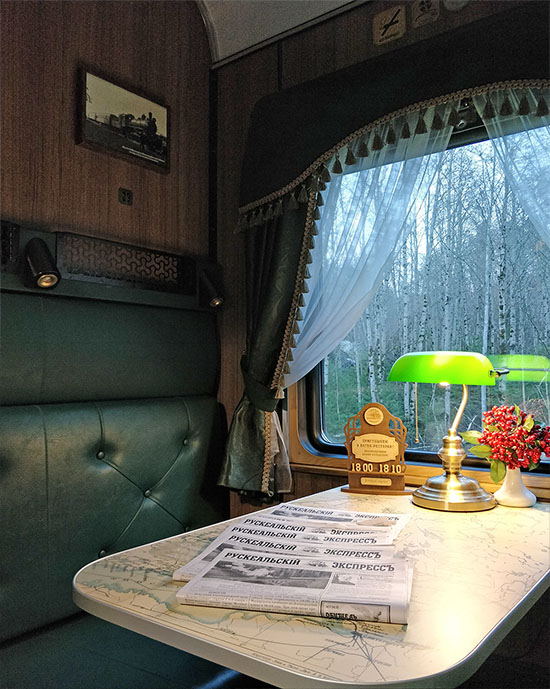 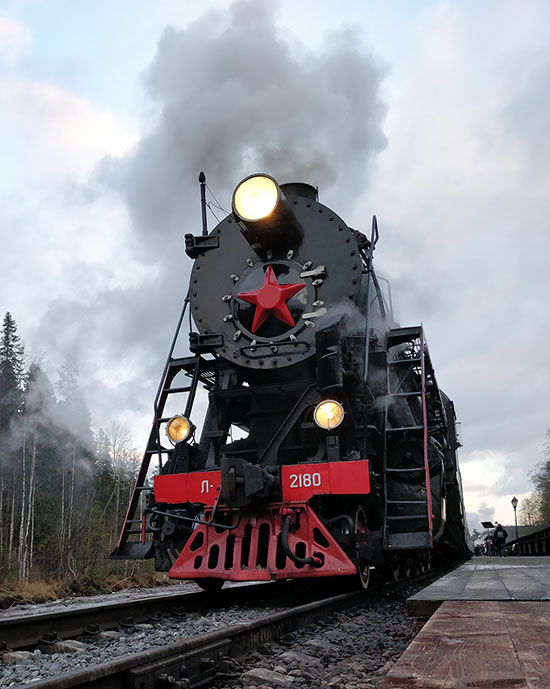 These two days you’ll spend in a train riding through the East part of Russia. There will be many villages and small cities along the way. The biggest ones are Khabarovsk and Chita. 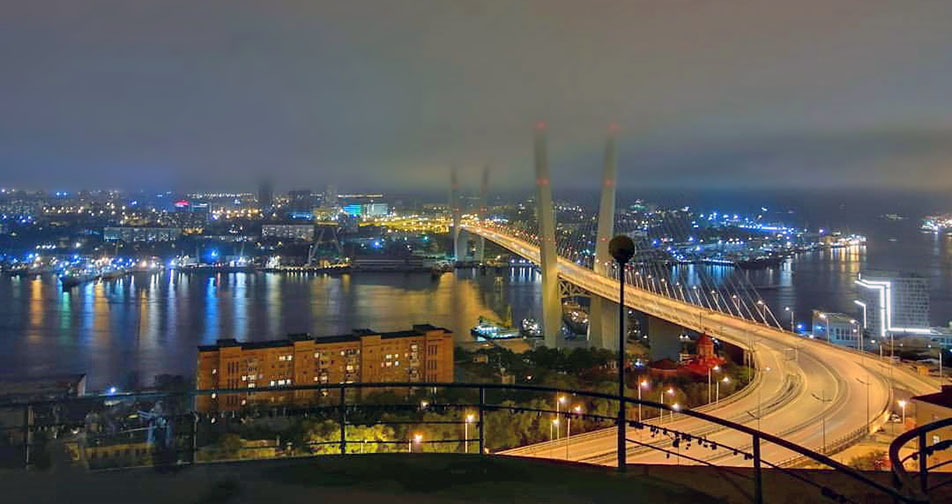 A train arrives to Vladivostok in the morning. It’s the last point of your Trans-Siberian travel (today you’ll visit “the last milestone of the Trans-Siberian Railway”). The city is located on the hills on the coast of the sea of Japan.

During the day tour you’ll see the Central Square and the Monument to the Fighters for Soviet Power in the Far East. You’ll visit the S-56 Submarine and Pacific Navy War Memorials, Arsenev Regional Museum, Yul Brynner’s House and the Public Garden. The last sight of the day will be the Eagle’s Nest Hill (the highest point of the city). From here you’ll take a look at Vladivostok in all its glory!

Your Trans-Siberian tour is over.
We hope that our tour has helped you to explore the diversity of Russian culture, and memories and emotions will stay with you for many years.
We will drive you to the airport according to the flight departure time.