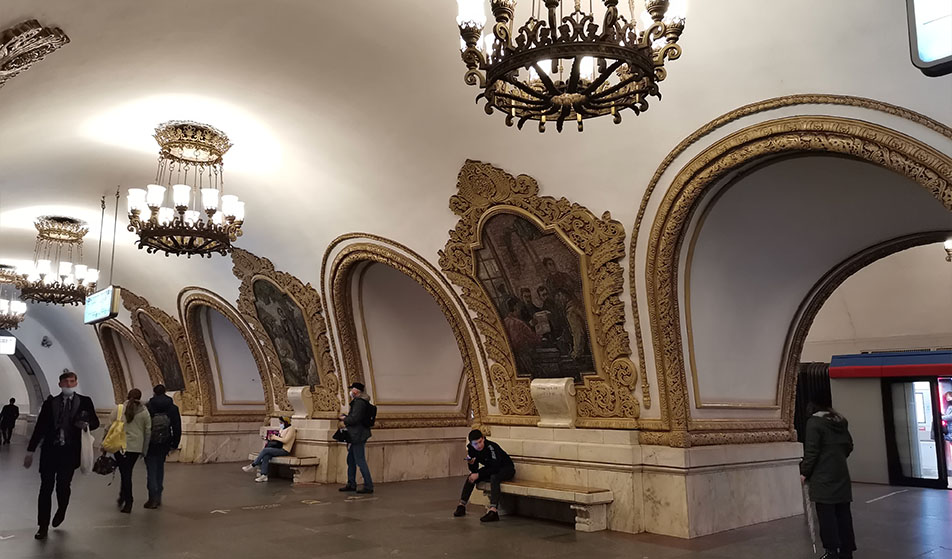 Moscow metro stations are the most beautiful subway stations in the world. They look like small underground art museums of sculptures, paintings, mosaics.
Therefore, it is not surprising that a tour of the Moscow metro stations has become a hallmark of Moscow.
Enjoy our photo gallery and join our Trans-Siberian tour which has a subway tour as part of it. 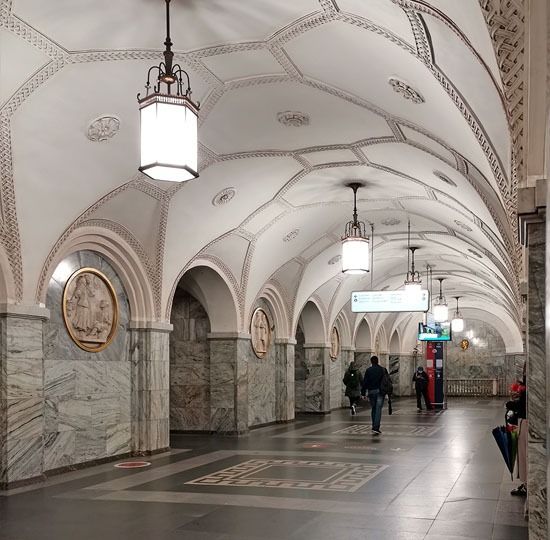 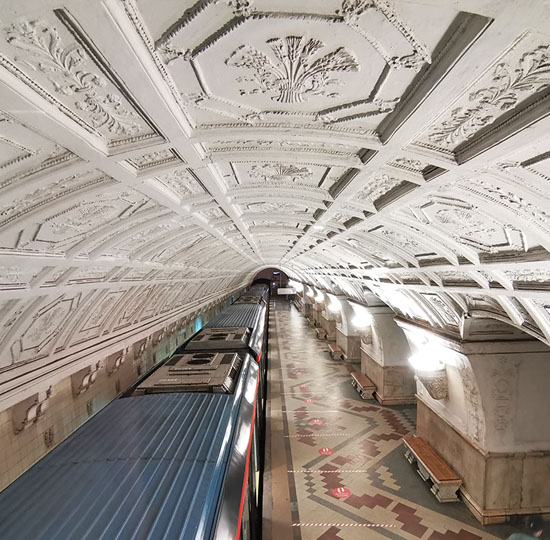 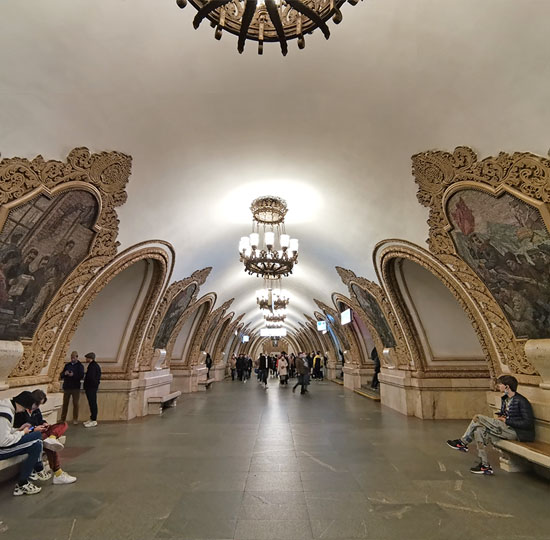 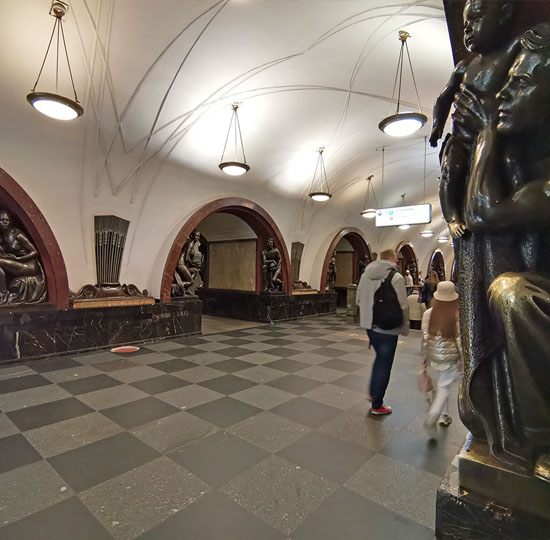 In Moscow there are 278 metro stations. The most beautiful are old stations. On pictures above you can see some of them: